US not ready to fight China study 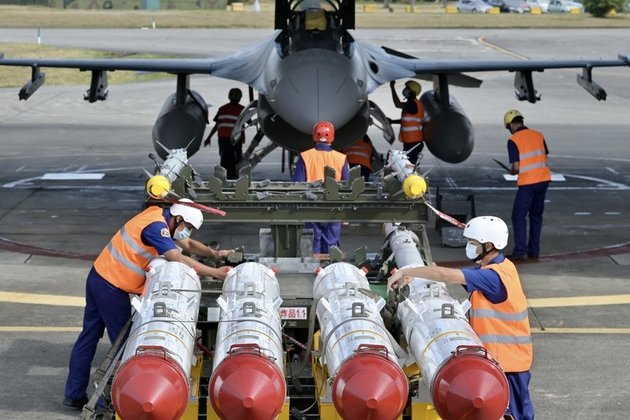 The US doesn't have enough stockpiles of munitions or the industrial capacity to replenish them for a major military confrontation with China, a US think tank has warned, citing a series of war games it conducted.

The Center for Strategic and International Studies (CSIS) has urged the stockpiling of ammo and of materials for producing them, and the offering to producers of better terms so that they have incentive to invest in new facilities.

The CSIS, a nonprofit that lists among its donors major defense contractors, including Lockheed Martin, Boeing, and General Dynamics, criticized the state of the US defense industry as inadequate for "today's competitive environment."

The production base cannot support a protracted, high-intensity conflict, the report released on Monday stated. The country ran low on certain weapons in the simulation, including Javelin and Stinger missiles, 155 mm howitzers and counter-artillery radars, as these had been sent to Ukraine.

In a possible conflict with China over Taiwan, which CSIS assessed may break out with little preparation time, this scenario may replicate.

The think tank predicted that LRASMs, Long Range Anti-Ship Missiles, would be of particular importance, considering that the Chinese navy would likely impose a blockade of the self-governed island.

The US used up its inventory of those weapons in the first week in every iteration of the modeled conflict, CSIS noted, adding that the weapon's production time is two years.

The report identified a number of underlying weaknesses, including the Pentagon's status as a sole buyer of weapons, and its acquisition rules, which prioritize "efficiency and cost control over speed and capacity."

Producers don't enjoy predictable demand for munitions, which could be provided by multiyear contracts, for example, the report explained. So investing seriously in capital and personnel "is not a sound business decision" for them.

The US regulations for weapons exports mean that getting through the pipeline takes extra months, even years. Some advanced weapons offered by China and Russia get a competitive edge because of this, and due to their lower prices, the report said.