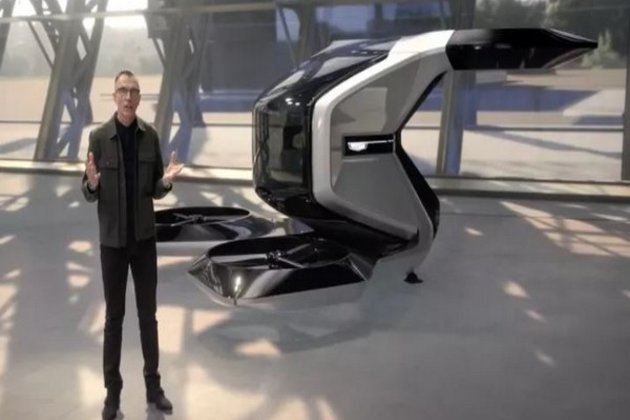 According to Mashable, as part of its Cadillac Halo portfolio, a shiny, silver, and black self-driving shuttle, and a matching passenger drone was introduced. Both are just prototyped ideas with no production plans yet.

The VTOL flying car (that's the term used for vertical take-off and landing vehicles or passenger drones) is General Motors' first design in aerial mobility. It's an idea for personal air travel that would not require a trip to the airport.

GM's Michael Simcoe said at the CES event, "It's a concept for when time is of the essence."Intended for short flight purposes, Cadillac envisions take-off and landing pads on downtown rooftops for its passenger drone. As per Mashable, the conceptual design for the autonomous electric drone includes four rotors and a 90 kWh motor. No pilot necessary.

Even if Cadillac's futuristic ideas are just musings on what transportation could eventually look like, other companies are moving along with plans for flying taxis. Uber recently sold its flying cars division to Joby Aviation as the startup develops an electric air taxi. (ANI)