Tripura to get 1 lakh water connection by March: Gajendra 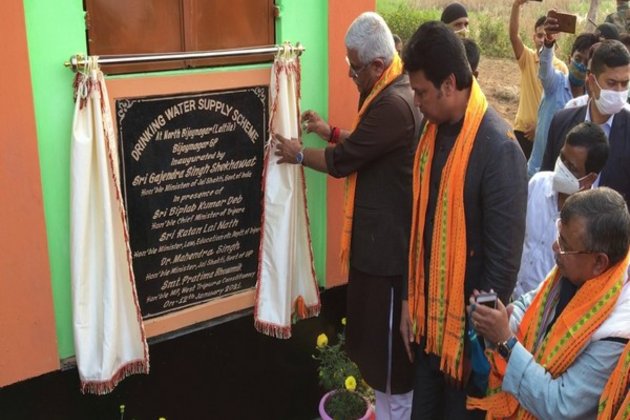 On Tuesday, the Union Minister took part in a detailed review meeting at the state guest house on the implementation of various development projects of the Ministry of Jal Shakti in Tripura.

"1.5 lakh new families got water supply connections under Chie Minister Biplab Kumar Deb and it has been committed in the review meeting that another 1 lakh families will be given water connections in next 3 months, making Tripura the best-performing state under the Jal Jeevan Mission," Shekhawat said.

Chief Minister Deb and other officials of central and state took part in the discussion on the various projects related to the Atal Jaladhara Mission and Jal Shakti Department. (ANI)